Professor Penny Stories are a series of children’s books written by staff and students of the University of Exeter’s College of Life and Environmental Sciences based in Penryn, Cornwall. Each with a unique style and appropriate for a range of ages, these stories bring scientific research and natural history to life—from microbiology to animal behaviour and conservation. Look out for our favourite scientist, Professor Penny, in every story. With her faithful four-legged companion Wilson, she’ll help you understand the science behind the characters’ adventures.

The series was made possible by a Researcher-Led Initiative organised by Dr Jenni Sanderson and funded by the University of Exeter’s Researcher Development Team; production and dissemination of the books was facilitated by an Annual Fund grant awarded to Dr Caitlin Kight.

The Advetuntures of Flo, the special Bacterium, Nadia Andrea Andreani

Sophie and the Babbler Birds of the Desert, Matthew Creasey

The Psyllid Who Wanted to Go Home, Sally Luker

The Tale of the Turtle and the Plastic Jellyfish, Sarah Nelms

The Tale of the Turtle and the Plastic Jellyfish, Sarah Nelms (French version)

The Tale of the Turtle and the Plastic Jellyfish, Sarah Nelms (German version)

The Tale of the Turtle and the Plastic Jellyfish, Sarah Nelms (Greek version)

The Tale of the Turtle and the Plastic Jellyfish, Sarah Nelms (Portuguese version)

The Tale of the Turtle and the Plastic Jellyfish, Sarah Nelms (Spanish version)

The Tale of the Turtle and the Plastic Jellyfish, Sarah Nelms (Turkish version)

More information about the books and their authors can be found in the tabs below.

The Adventures of Flo, the special Bacterium, by Nadia Andrea Andreani

This is a story about a teeny tiny bacterium named Flo, an adventure, and an amazing friendship. What happens when Flo meets a fluffy white mozzarella named Bianca? The book will take readers on a trip into microbiology and allow them to peer into the hidden world of microorganisms. Professor Penny will help us to understand that not all bacteria are bad and that, on the contrary, some of them are even useful.

Nadia Andrea Andreani is an Italian food microbiologist. After her Masters degree in Food Biotechnology, Nadia got a PhD in Veterinary Science at the University of Padova, in Italy. Her project aimed to study a blue discoloration of mozzarella cheese caused by Pseudomonas fluorescens. Nadia is now a research fellow at the University of Lincoln.

Her interest in scientific communication and public engagement was born coincidentally: She was selected to write a piece on a scientific magazine for children and she discovered a love for writing and disseminating science.

Nadia is also curator of the English version of the Italian scientific magazine Plank.

Sophie and the Babbler Birds of the Desert, by Matthew Creasey

Sophie certainly did have an extraordinary family—much like the birds in this story. In addition to her nature loving Aunt Penny, there was also her great Uncle Bruce who could tell stories of his time in the Australian Outback that would make your ears tingle. Read along with Sophie to find out about one family of birds, the babblers, that Uncle Bruce met on his adventures. This lyrical story tells the tale of a day in the babbler family’s life, and of some of their Outback neighbours.

Matthew Creasey is a behavioural ecologist, freelance writer and science communicator. He is currently completing his PhD at the University of Exeter, studying cooperation and personality in chestnut-crowned babblers, a species of bird found only in the arid regions of Australia. Over the last 5 years he has spent long periods watching and following these birds in their natural habitat, and this inspired him to write his recent story 'Sophie and the Babbler Birds of the Desert'. His other writings have explored topics ranging from hummingbird migration to caterpillar poo, and in a recent poem, he searched for the voice of an island, sinking in the tide of rising seas.

He is also a junior editor at the magazine Current Conservation and Chair of the British Science Association (Cornwall Branch).

The Psyllid Who Wanted to Go Home, by Sally Luker

Pop! A very tiny (and, to be honest, very odd-looking) creature crawled from an equally tiny – almost invisible to the human eye – egg. On a leaf-bud, on a small twig, on a bush, the very tiny creature looked around and attempted to take in her new surroundings.

Finding your place in the world is difficult at the best of times, but when you’re a very, very small insect in a strange land filled with a multitude of threats and uncertainty, it can be extra tough. Determined to find a place to call home, Aroha the Pittosporum Psyllid soon discovers that home isn’t always where you think it should be.

Sally Luker is a PhD Researcher at University of Exeter’s Centre for Ecology and Conservation, Cornwall Campus, where she investigates how non-native invertebrate species interact in native interaction networks (food webs).

An ardent biological recorder, Sally is an out-and-proud member of the pan-species listing fraternity, and spends a disproportionate amount of time with her head in trees and bushes looking for ‘creepy crawlies’, or peering down the lens of a microscope in an attempt to identify less well-known species.  Sally has unearthed a few species that are new-to-Britain and one that is new-to-Europe, and enjoys writing about her finds in scientific journals and via social media.  She is also a keen but somewhat erratic blogger, and she hopes her writing helps to encourage public engagement with the fascinating world of natural history.

Sally has been involved in science communication and education for a good number of years, working regularly with university students, schools and home-educating families, as well as designing and delivering a variety of themed workshops for adults and children alike.  She is a member of Budding Nature, a newly-formed collective of education and science professionals based in Cornwall, who have come together with the aim of providing quality, enjoyable natural history and environmental education training, workshops and activities for individuals, groups and families of all ages and levels of learning.

Writing for children has proved a most enjoyable experience, and Sally really hopes that people like getting to know and learning all about Aroha and her family!

The Tale of the Turtle and the Plastic Jellyfish, by Sarah Nelms

Nerin is a sea turtle who loves eating jellyfish. One day, she accidentally eats a plastic bag which puts her in a spot of bother. Luckily, Professor Penny, along with her canine friend, Wilson, is on hand to save the day!

Sarah Nelms is a University of Exeter PhD student based at Plymouth Marine Laboratory, researching the impacts of plastic on marine organisms. She is currently investigating the presence of microplastics in marine mammals.

Woolly the fluffy caterpillar has always dreamed of the day he would emerge from his cocoon and spread his wings to fly. Yet when the day arrives, he finds that life in the sky is more complicated and dangerous than he expected. Fortunately, with every moth and butterfly he meets, he discovers new ways in which these ingenious creatures outwit their predators, ultimately understanding how his beautiful wings can keep him safe.

Emmanuelle Briolat is a PhD student with the Sensory Ecology group at the University of Exeter’s Penryn campus. Her work investigates the warning signals of butterflies and moths – the bright colours and patterns used by toxic species to advertise their defences to predators. Focusing primarily on the black and red six-spot burnet moth, Zygaena filipendulae, common along the Cornish coast, her research involves digital photography, measurements of toxicity and predation experiments in the field, to understand how individual variation in colour relates to defence levels and ultimately affects prey survival in the wild.

Outside of academia, Emmanuelle has participated in several outreach events, from public lectures to schools workshops, and is an author for the London Institute of Medical Sciences’ Biomedical Picture of the Day website. She loves writing about scientific research and the natural world, and hopes this book will stimulate more interest in the weird and wonderful world of caterpillars and moths. 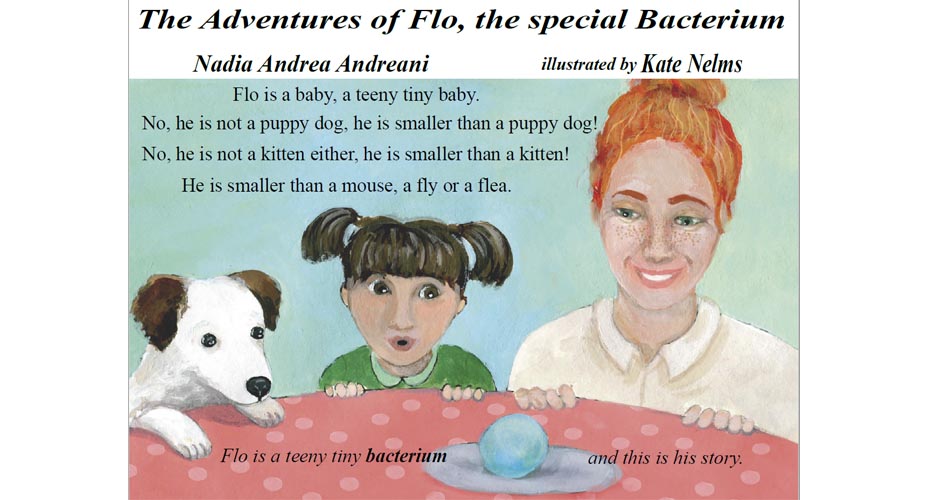 Read The Adventures of Flo, the special Bacterium. 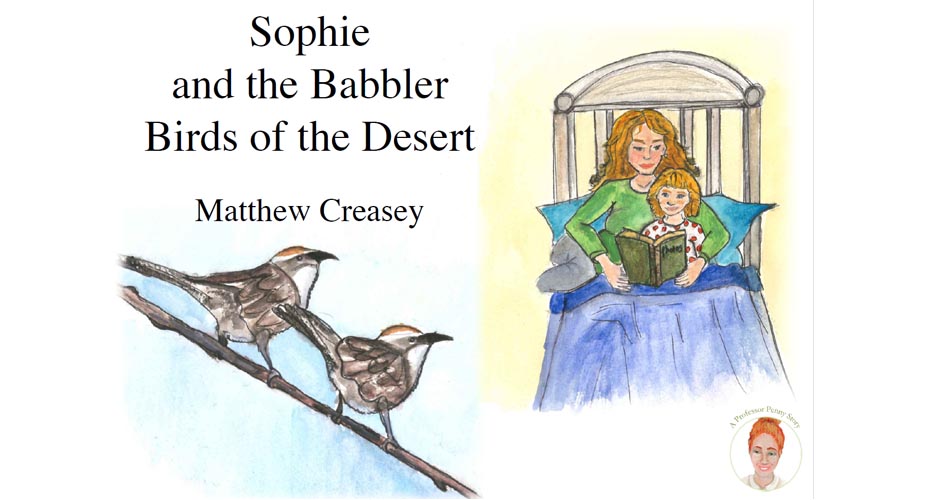 Read Sophie and the Babbler Birds of the Desert 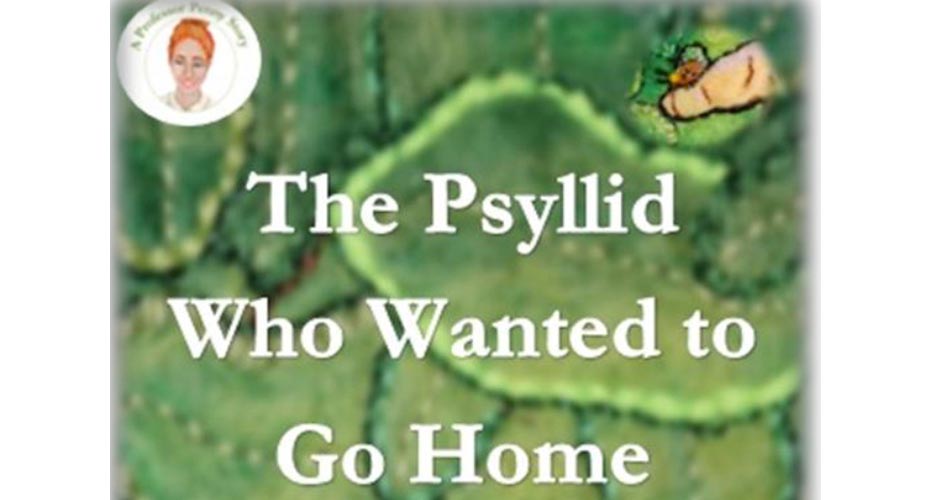 Read The Psyllid Who Wanted to Go Home 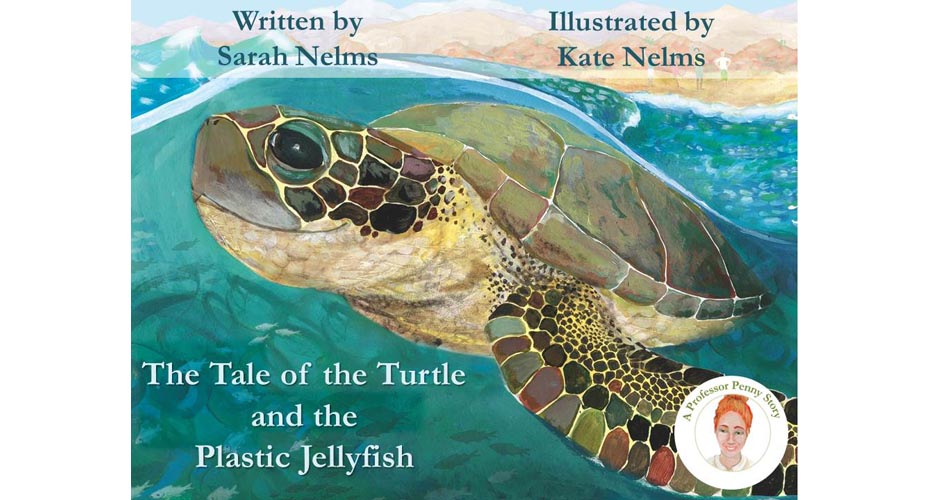 Read The Tale of the Turtle and the Plastic Jellyfish 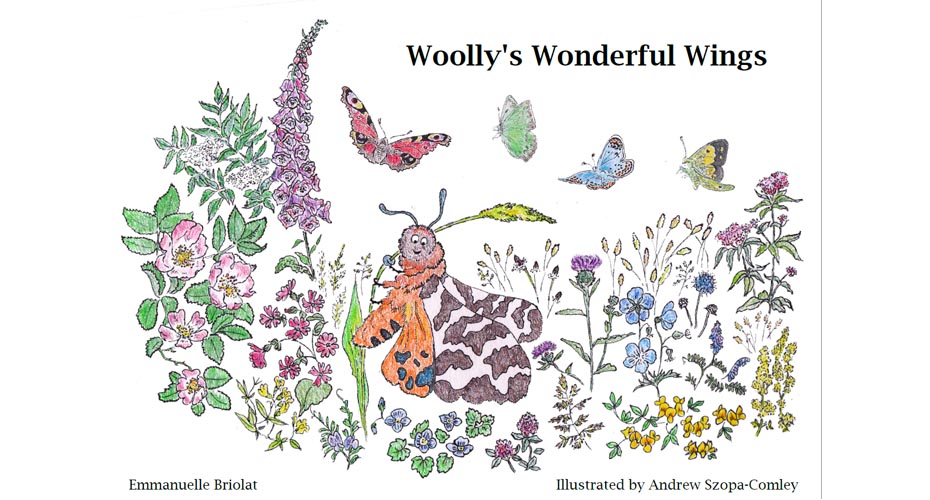