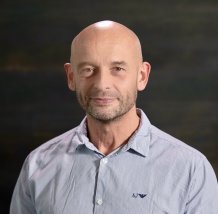 A University of Exeter professor has won a prestigious award in recognition of his outstanding contributions to sport medicine and the exercise sciences.

Professor Andrew Jones has been announced as the 2020 recipient of the American College of Sports Medicine (ACSM) Citation Award.

He is only the fifth British person to ever receive the award, established in 1958.

Recognised as a world leader in the physiology of endurance exercise, Professor Jones’s research has made important contributions to understanding physiological limitations in exercise performance.

His work has been published in more than 300 scientific articles, mostly in the highest-ranked journals in this field, including ACSM’s flagship journal Medicine & Science in Sports & Exercise, for which Professor Jones has served as Associate Editor for 15 years.

He is also Editor-in-Chief of leading multidisciplinary exercise science journal, the European Journal of Sport Science and serves on the editorial board of six other international journals.

Professor Jones has been a Fellow of ACSM since 2001 and has attended and presented his work at almost every ACSM Annual Meeting since 1998. He has also delivered dozens of invited lectures at sport and exercise science conferences around the world.

Throughout his career, he has been passionate about the translation of research to the enhancement of athletic performance, especially in distance running, and he is well known for his close scientific association with world-class distance runners, including the female and male world record holders for the marathon, Paula Radcliffe and Eliud Kipchoge.

He has also acted as lead physiologist or consultant to UK Athletics, the English Institute of Sport and the British Olympic Association, and served as a member of the expert panel of the Gatorade Sports Science Institute and the scientific advisory board for Nike Inc.

He says his “niche” is the ability to conduct high-quality basic and applied research and to apply that to achieve real-time impact with high-performance athletes.

His work in this domain has attracted a lot of attention and helped to promote sports science worldwide. An example of this is his contribution as chief external scientific advisor to Nike in their “Breaking 2” marathon project, the subject of a National Geographic documentary which has received 5.5 million views to date.

Since 2005, he has been a Professor of Applied Physiology at the University of Exeter and was head of department for Sport and Health Sciences for almost seven years. He has also served as Associate Dean for Research in the College of Life and Environmental Sciences for a further three-and-a-half years.

Under his tenure as head, the Department of Sport and Health Sciences rose to become the top-ranked department of its kind for teaching and research in the UK national league tables (first for Sports Science in both The Complete University Guide and the Times Good University Guide), and has consistently ranked amongst the very best Sport Sciences departments in the UK since.

“I’m delighted, and slightly gobsmacked, to have been honoured by ACSM in this way,” said Professor Jones.

“The list of previous recipients includes some legendary names in our field and I feel hugely privileged to be joining them.”

He will receive his award at the ACSM annual meeting held in San Francisco next May.