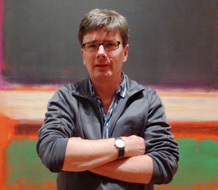 An expert on the psychology of political crisis is to receive this year’s Presidents’ Award for Distinguished Contributions to Psychological Knowledge from the British Psychological Society.

Working with Professor Michelle Ryan at Exeter, Professor Haslam developed the concept of the ‘glass cliff’ – the tendency for women to be promoted to high-level jobs at times of crisis. They found, for instance, that companies that appointed a woman to their board had experienced consistently poorer performance in the five months preceding the appointment than those who appointed only men.

Professor Haslam is also known his work with Professor Steve Reicher reinterrogating issues raised by the Stanford Prison Experiment, which was the basis for the groundbreaking BBC documentary The Experiment. They also collaborated on the award-winning 2011 book, The New Psychology of Leadership, which has provided the framework for a new analysis of phenomena as diverse as the rise of terrorism, the success of Leicester City, and the allure of Donald Trump.

Professor Peter Kinderman, President of the British Psychological Society, said: “I am absolutely delighted to be able to add my congratulations to Professor Haslam on the receipt of this well-deserved award. Psychology is a fascinating and broad discipline, and Professor Haslam’s research is at the cutting edge of some of our most fascinating subjects – the psychological processes operating in groups, political change, and in the sometimes banal psychology of evil.

“Professor Haslam’s work is important – and very timely. Given our current turbulent political context, I can think of few occasions when a study of the consequences of prejudice, group-think, the psychology of crisis and the role of female leaders is more relevant.”

Professor Haslam said: “Receiving this award from is a great honour, and I feel very humbled to receive it. But it is largely an acknowledgement of the power of great teamwork and a testament to the range of fantastic collaborators that I have worked with over the last 25 years. Their support has made it possible to tilt at some very big windmills, and it has ensured that the research process has always been a lot of fun. However, I am also conscious of the fact that we still have a lot more work to do — and this award provides great motivation to get on with it."

Professor Haslam’s research has made a significant contribution to psychology across the social, organisational, forensic, clinical and health domains, in five key areas:

He has worked with over 200 collaborators to publish over 200 peer-reviewed articles and 11 books that have attracted over 20,000 citations.